In the business press, discussions of mergers or acquisitions (M&A) invariably include percentages of deals that did not realize their expected value creation. Failure numbers, ranging from 60-80 percent, are surprisingly high.

In the business press, discussions of mergers or acquisitions (M&A) invariably include percentages of deals that did not realize their expected value creation. Failure numbers, ranging from 60-80 percent, are surprisingly high. Clearly, many companies move forward on medical device or pharma deals without a clear picture of their risks. A due diligence process that’s too high-level or superficial is often to blame. For example, when a life sciences company considers a merger or acquisition, the due diligence team typically looks for 483s, Warning Letters, notified body findings, and product recalls—any signs of potential problems with the FDA. But when a deal does not deliver value, the real causes are often strategic, cultural, or technical.

Due diligence is not the same as a QA compliance audit. But in the life science industry, it’s easy to confuse the two. The executives or the private equity firm structuring the deal do not necessarily “get” the companies’ operations or understand FDA sanctions. At the same time, if a CEO or CFO is enamored with M&A as a perceived means to expand into a new business or enter a new market, the due diligence team typically lacks the business expertise to ask the right questions or the clout to raise objections.

For example, company A might want to buy company B because of its superior sales force. Marketing contends that sales would double; finance believes that redundancy would allow company A to reduce payroll by 10 percent. Both functions are persuasive within their own frameworks, but no one calculates the extra manufacturing capacity needed to produce a larger portfolio and volume of products. The expected value of the deal is cancelled out by unanticipated costs in another part of the organization.

The fundamental questions asked during due diligence should go beyond FDA compliance and tackle the business reasons for doing the deal. That requires having the right people (not necessarily those who just happen to be available) on the due diligence team from the beginning. Technical executives might be asked about open citations, but they’re rarely consulted about the likely costs of integrating two factories, or two supply chains, or two distribution centers—or whether these integrations can be done at all. But if integration costs more or takes longer than expected, customer relationships and product quality can suffer. The due diligence team has to include people who can put the business case (or cases) to the test.

Often in a merger or acquisition, the “personality” of the two companies is not considered relevant, an especially tempting idea when both organizations are successful in their own ways. But just imagine the stresses—to people and processes—if the cultures of two organizations are incompatible.

The possible triggers of a poor “culture fit” are nearly limitless: management style, risk tolerance, flexibility, talent, technology, and geography, to name a few. Some in life sciences are risk-takers; others are conservative. Some are entrepreneurial; others are hierarchical. Some are obsessed with “zero incidents” quality; others have a “find a problem, fix a problem” management style. These types of cultural incompatibilities are expensive. If the two cultures can’t be blended, the cost of a significant restructuring (including recruiting and hiring new executives) needs to be included in the M&A price tag.

The deal’s stakeholders, each with different goals and agendas, need to talk to each other.

Post-M&A integration is often the cause of extra, unplanned costs. For example, a seller often is stuck supporting sold-off processes or IT systems long after the deal is done. When this happens, the buyer can end up with a poorly managed function, and the seller can end up with disgruntled people and extended costs. The deal’s stakeholders, each with different goals and agendas, need to talk to each other. External stakeholders can also be drawn into the due diligence process to reduce this risk. 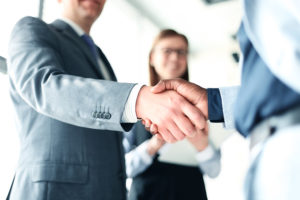 Transition services agreements (TSAs) should be drawn up carefully to protect buyers and sellers from value destruction. For the buyer, a TSA might specify that the seller’s people will be available to talk to regulatory authorities during the integration time period. For the seller, the TSA might detail roles and responsibilities for the sold business or division. A key executive or consultant should be put in place for the seller to assure TSAs are followed and that the buyer takes over on schedule, ending the seller’s responsibilities.

Due Diligence the “Right Way”

Any life sciences company considering a merger or acquisition should take these five steps to ensure that the due diligence process helps manage business risks and prevent value destruction.

1. Put the right people on the team.

A life sciences company typically has multiple locations, some in other countries, as well as complex supply-and-distribution operations. Also, the time available to draw up an offer can be as short as two or three weeks. The due diligence team should be structured to be quick in getting real-world answers to fundamental questions. This means including experts who can look at limited data and draw reasonable conclusions about many different areas: manufacturing, product portfolios, supplier relationships, IT capabilities, R&D and engineering, marketing and sales, and environmental compliance. A QA specialist can’t cover all this ground alone. Perhaps most important, the team needs a senior executive who has the power to champion the right answer for the deal, even when that answer is NO GO.

A US company wanting to acquire a high-growth product line made a play for a successful company headquartered in Australia. The rewards matched the company’s objectives: revenue from sales outside the US would jump from 15 to 40 percent. However, the risks would be just as great: registrations and patents would require global management, and the success of the venture depended on keeping the seller’s key people and infrastructure.

The due diligence team included the Chief Operating Officer, as well as senior people from manufacturing, finance, legal, QA, business development, R&D, and an independent consultant to question assumptions. In addition to working with a virtual data room, the team spent two days interviewing seven of seller’s top executives and one day touring the main production facility. Last, but certainly not least, the team included a senior executive who would be in charge of the post-merger integration critical to future revenue and earnings. Because the due diligence team had the right people, the process was able to contribute significantly to the immediate and long term acquisition success.

The due diligence team should be structured to be quick in getting real-world answers to fundamental questions.

In many ways, due diligence is a detective’s game: the analysts need to look at clues (often from only partial data), and then solve the mystery by defining the business case for the merger or acquisition, identifying the ways each facility or function would contribute to (or detract from) the realization of the business benefits, and pinpointing process risks, functions, or the enterprise. Even companies that do a lot of deals are wise to treat each one as a brand new and unique experience.

The due diligence team needs to address areas of risk, such as the costs and efforts required to harmonize operations, the timetable for fixing problems, and the investment needed for postmerger integration. For example, upgrading an acquired company’s ERP system would be an expensive and resource-consuming project; its costs should be acknowledged.

4. Use facts to negotiate.

The financial decision makers want to know of any issue large enough to stop the deal. But even those problems that are not deal breakers could be used in negotiations. The due diligence team needs to be prepared to talk to C-suite executives, bond rating agencies, the investment bankers, and the sellers about issues, potential solutions, a course of action, its timing, and the estimated price tag.

5. Bring in the regulators early.

The post-deal organization should inform the FDA or any other regulators of plans to fix recognized problems. Regulators know that a merger or acquisition can create confusion and inconsistencies, and they look for that during inspections. Even if there were no problems, it would still be a good idea for the buyer to be proactive in connecting with regulators to help ensure a smooth transition.

Due diligence is a strategy for risk management and return on investment. When done right, it helps assure value creation in a merger or acquisition. Going beyond compliance during due diligence is the key to successful M&A.

Even those problems that are not deal breakers could be used in negotiations.

Developing a Quality System on a Managed Budget

Navigating the Complexities of Name Changes and Re-registration

Impact Assessment of Revision of the Regulatory Framework for Medical...Read More