The Bayesian model allows the available knowledge to be appropriately shared across development studies to improve the quality, timeliness and efficacy of the process. This white paper will present some general issues in drug development and the conditions in which implementing the Bayesian model can lead to success. 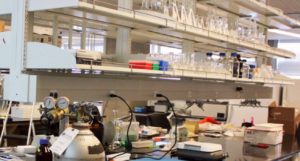 Pharmaceutical innovation is increasingly risky, costly and at times inefficient, which has led to decreased industry productivity. The process to bring a new drug to market can range between $800 million and $2 billion, in which late-stage failures and rising costs of Phase II and III trials represents key components. Therefore, it is crucial to ensure that data derived from drug development phases is conducted more efficiently and cost-effectively. (Orloff et al, p.1, 2009) Moving from traditional clinical development approaches to a more integrated view that uses adaptive design tools to increase flexibility and maximize the use of accumulated knowledge, such as the Bayesian methodologies, will have an important role in reducing attrition rates. (Orloff et al, p.1, 2009).

According to The Future of Drug Development: advancing clinical trial design, “the problem of attrition is particularly acute in Phase II trials, owing to factors such as the lack of proof of relevance of the biological target in a given disease intervention and insufficient understanding of the dose-response relationship of the new molecular entity” (Orloff et al, pg.1, 2009). The Bayesian model is adaptive, parallel and data led, and allows the available knowledge to be appropriately shared across development studies to improve the quality, timeliness and efficacy of the process (Orloff et al, pg.1, 2009). This white paper will present some general issues in drug development and the conditions in which implementing the Bayesian model can lead to success.

There are some issues that are already known. The drug development process is well understood, along with the goal of discovering safe and effective doses for clinical use. The data generated prior to the early drug development phase has been completed as the data during the preclinical phase involving safety assessments in animals is used to develop methodology and the assessment of absorption, distribution and elimination. There is also an understanding of the relationship between dose administered, drug concentrations in the body, and efficacy/toxicity (also, referred to as pharmacokinetics). Pharmacokinetics along with Bayesian modeling represents a very important role in drug development for understanding biochemical and physiological interactions of a drug and the body in terms of its absorption, distribution, metabolism and excretion (Wakefield et al, p.1, 1999). The data derived from pharmacokinetic studies guide clinical trial design, dosage selection, development strategies. (Orloff, et al, p.1, 2009)

The Bayesian methodology relies on the use of probability models to describe knowledge about parameters of interest (for example, the treatment effect of a drug in development). It uses principles from the scientific method to combine prior beliefs with observed data (Orloff et al, p.3, 2009). The Bayesian approach to pharmacokinetic modeling, in specific, is appealing in that it mimics human thinking (Rx-kinetics), it incorporates sets of data for estimating the patients’ pharmacokinetic parameters and it uses prior pharmacokinetic parameters as the starting estimate for an individual. The Bayesian approach then adjusts these estimates based on the patients measured drug levels, taking into considering the variability of the parameters. Essentially, this approach builds upon pharmacokinetic modeling because it takes what we see (data from pharmacokinetic modeling) and expands by allowing for the inclusion of past experience. It is able to quantitatively judge how cogent every piece of information is (Rx-kinetics).

In using this approach companies will be able to first foresee all possibilities that might arise, and judge how likely each is, based on both what we see and past experiences before deciding how to proceed.
Bayesian modeling provides coherent framework for quantifying uncertainty and making inferences in the presence of that uncertainty. It is also the basis for formal approaches to incremental model building, parameter estimation and other statistical inference as knowledge and data are accumulated (Rx-kinetics). By contrast, frequentest methods rely solely on observed evidence for inferences and typically do not formally take into account prior information (Orloff et al, p.3, 2009).

Bayesian modeling can be a valued methodology throughout the entire drug development phase. According to Orloff, in the exploratory phase of drug development this model uses all available knowledge and tools, including biomarkers, modeling and simulation as well as advanced statistical methodology. Trials are designed to determine proof-of-concept (PoC) and to establish dose selection to a level of rigor that will enhance the likelihood of success in the confirmatory phase. During the confirmatory phase, modern designs, tools and knowledge are applied to larger-scale studies with the goal of identifying target patient population in which the drug is efficacious thereby establishing the benefit/risk ratio and confirming the optimal dose and dosing regimen. (Orloff et al, p.2, 2009)

An important goal of a drug development program is the selection of dose and dosing regimen that achieves the target clinical benefit while minimizing undesirable adverse effects. Bayesian pharmacokinetic modeling can provide a continuous flow of information across different phases of development. Bayesian modeling combined with use of external baseline data helps to improve efficacy and safety signal detection in early development. (Orloff et al, p.2, 2009)

In early drug development studies for establishing efficacy and safety evaluation in a PoC study often uses small patient cohorts (10-12 subjects), which are observed for a short period of time to evaluate early efficacy and safety signals that are continuously measured over time. As variables are derived from the responder and non-responder behavior, new cohorts are assigned in sequence to increasing doses until the maximum tolerated dose is reached. At the end of the study, the goal is to either determine a dose range for further Phase IIb, or to conclude that no POC can be established based on the efficacy-safety trade-off, which can be costly. (Orloff et al, p.2, 2009).
Bayesian pharmacokinetic modeling averaging for benchmark dose (BMD) estimation is a popular method for identifying exposure level of agents. To generate the BMD, Bayesian pharmacokinetic model averaging integrates other historical toxicological experiments and animal bioassay data with current data to increase the reliability of the BMD estimate (Shao, 2012). The Bayesian model averaging method qualifies a posterior probability weight for each considered dose-response model and computes a weighted average of the BMD estimate from all the individual models (Shao, 2012).

In addition, the utility of PoC studies within drug development programs can be enhanced by incorporating information obtained directly into later-phase trials using Bayesian modeling.Population

One of the principal aims of drug development is to discover, for a particular agent, the relationship between dose administered, drug concentrations in the body and efficacy/toxicity. Population pharmacokinetic models provide an important aid to this understanding by identifying sources of and quantifying the remaining variability in drug concentrations and response measures. Pharmacokinetic data consist of drug concentrations along with (typically) known sampling times and known dosage regimens. Population data arises when these quantities are measured on a group of individuals, along with subject-specific characteristics such as, age sex or the level of biological marker. When identical doses are administered to a group of individual’s findings of variability is frequent, and the mechanisms which cause the variability are complex (Wakefield et al, p241, 1999). According to Wakefield, using a Bayesian approach to drug development will help improve the doses currently being determined by traditional pharmacokinetic models, as the Bayesian approach allows for the incorporation of informative prior distributions (p.242, 1999). With that in mind, a Bayesian approach may actually be preferable due to the difficulties in a classical (frequentest) approach. (Wakefield et al, p.241, 1999)

According to Wakefield et al., the dosing recommendations that emerge from drug development studies are frequently inappropriate. When individual dose adjustment is needed, the recommendations provided may be insufficiently informative to allow the adjustment to be undertaken in an optimal manner (Wakefield et al, p.243, 1999) making it extremely costly and time consuming..
For instance, PK modeling in the compartmental system for physiological analyses typically uses a large number of compartments to model the various organs and tissues of the body and only obtain data on a small number of individuals.

Information obtained from population analyses during drug development may also be used after the drug has been marketed for the individualization of dosing regimens. Typically only sparse data is available and so prior information on individuation of dosage regimes found through on-line therapeutic drug monitoring can provide estimates of the parameters of the population distribution with the use of Bayesian sampling-based approach.

While the Bayesian statistical approach gives companies a more cost effective, efficient way forward it is also important to present the classical habits. Although taking a Bayesian approach is completely sensible it is important to present evidence that this approach will not hinder the data found by frequentest. According to Wakefield et al, both statistical and subject-matter considerations in PK/PD analysis are characterized by a myriad of assumptions on the underlying physiological processes. When the data contained sufficient information, both frequentest and Bayesian approaches yield similar conclusions (Wakefield et al, p.243, 1999).

Allowing information from previous studies to be incorporated in a statistical, natural way throughout the development process holds considerable promise. Declining pharmaceutical industry productivity is becoming more common and a key part of the problem is clinical studies are increasingly expensive, driven by the cost of failing data.
This Bayesian model can ensure the judicious use of limited patient resources, reduce patient exposure to ineffective or poorly tolerated doses, and lead to the recruitment of patients who, on the basis of biomarker analysis, are most likely respond to those with the most favorable benefit/risk ratio (Orloff et al, p.2, 2009). From an estimation/statistics standpoint a Bayesian approach is preferable because of the difficulties which a classical approach encounters due to the large numbers of parameters, the nonlinearity of the subject-specific models which are typically used and the large numbers of variance parameters. (Wakefield et al, p.2, 1999). Recent development in Bayesian methodologies do give a way forward for successful drug development.

The Metrics of Quality Culture

Navigating the Complexities of Name Changes and Re-registration