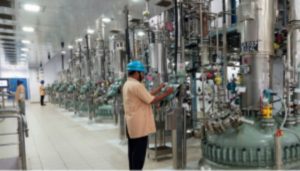 A. The short answer is yes, you have a compliance risk. You probably also have a data integrity issue and a quality culture issue to accompany your compliance risk. There is no time element associated with conducting investigations. Thirty days is an arbitrary number pharmaceutical companies impose on themselves.

When an investigation is rushed, the organization leaves itself vulnerable. Suppose, for example, you have a second shift manufacturing operator who continually forgets to sign a step in the batch record for a specific product. This operator is the only one who seems to have this issue. Your initial investigation into the first occurrence of the issue determines a root cause of human error. Because the operator works on the second shift, it is inconvenient to interview him directly, so you rely on the word of his supervisor that this was just a case of human error. You decide to retrain the operator on the proper use of filling out the form and skip the operator interview in order to complete the investigation and perform the retraining in the allotted 30-day time frame.

A few weeks later, the same operator makes the same mistake. You review the previous investigation, arrive at the same conclusion, and perform the retraining of the operator emphasizing the importance of correctly filling out the batch record. This scenario repeats itself 10 times over the course of four months. You finally decide to question the ability of the operator to do the job correctly and bring your concerns to management.

Your boss asks if anyone has interviewed the operator directly to find out why he is having this issue with the batch record. You say no, that you have relied on the opinion of the supervisor. The boss recommends you interview the operator before demoting him.

The question you need to address now is how were other operators handling the situation? By not taking the time to perform the initial investigation thoroughly, you have created a data integrity nightmare because you now need to review all the batch records completed by the other operators to determine if the product is still acceptable.

Admittedly, this is a simplistic example, but it certainly exemplifies the importance of opting to perform a complete and thorough investigation over meeting an artificially imposed time frame. Explaining to an inspector during an audit that you didn’t perform a thorough investigation because you needed to meet an arbitrary time frame is not a position you want your company to be in. You also don’t want to explain why you closed an investigation to meet the time frame and then felt compelled to reopen it after the batch was released because you had concerns about its conclusions.