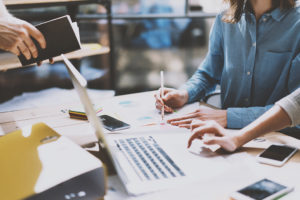 A. The key to a robust CAPA system lies in the thoroughness and quality of the investigation. Based on the limited information, it sounds like you are having trouble recognizing the root cause(s) identified during the investigation. The investigation process should make use of root-cause analysis tools designed to examine the impact of the equipment, process, people, materials, environment, and management on the identified non-conformance.

It might help if we look at a situation where a probable root cause was identified but not pursued as part of the preventive action. The incident involved the detection of a discolored vial during inspection of lyophilized vials. The vials inspectors discovered several green-hued vials before the packaging phase of the operation.

What seemed to be a simple issue isolated to one batch grew and ultimately affected more than 28 batches produced over a two-month period. Several green-hued vials were discovered during inspection of a lyophilized batch of product that was produced on a 20-year-old automated line.

The inspectors that discover the vials immediately informed the quality department and an investigation was opened. The lot was put on quality assurance (QA) hold, and the vials were sent out for analysis. Manufacturing on the line was continued while the investigation was being performed.

The results of the analysis indicated the green color in the vial was due to the presence of copper. The firm was unable to determine the source of copper in their operation and concluded the copper was most probably due to contamination of the vial at the vial manufacturer and the investigation was closed.

Seven days after the detection of the first green vials during the manufacturing of a different lyophilized product, the same issue occurred. The original investigation was re-opened and a for-cause audit was performed at the vial manufacturer. The results of the for-cause audit were inconclusive with no definitive source of the copper identified. During the investigation into the vial manufacturer, the company continued to manufacturer other products and implemented a 100% inspection of incoming vials before use.

Seven days later, a line operator noticed a vial exiting the depyrogenation tunnel that contained a green, gel-like blob in it. The manufacturing run was stopped, and the vial was retrieved and sent for analysis. The green gel was identified as containing copper. The company was still convinced that the contamination was due to poor quality control on the part of the vial manufacturer and continued operations and working with the vial manufacturer to determine the source of the copper.

This time the facilities and maintenance personnel opened up the line as they would during a routine maintenance shut down. When they opened the depyrogenation tunnel, they discovered the presence of copper on the top of the HEPA filters as well as a coating of green on the side doors to the tunnel. Manufacturing was finally halted on the line until the in-depth evaluation could be performed.

The root cause of the problem was determined to be a faulty cooling valve in the depyrogenation tunnel, which was identified as a potential root cause but ultimately not pursued because it was at the bottom of the probability list and rated as possible but highly unlikely. The tunnel in question was 20 years old and was built with copper piping above the line and the HEPA filters.

Although the line was routinely maintained and checked, there was no alarm associated with the cooling valves to indicate a failure. The failing valve caused liquid to condense on the copper lines and drip onto the HEPA filters. As more and more liquid collected on the filters. the stress caused the filters to breach, relieving the pressure. This breaching happened on a predictable seven-day cycle.

Ultimately, the incident involved the investigation of lots manufactured on the line over a sixth-month period, which was the last time the cooling valve was inspected and determined to be functioning to standards. Once the problem was properly identified, the effective corrective action could be taken; however, by that time, 28 lots of product manufactured for several different clients during the two-month period were rejected because of the presence of green vials intermittently detected during the inspection process.

If the site had conducted a thorough QA assessment and investigation, it would have cleared their equipment, personnel, etc., before jumping to the conclusion the vial manufacturer was at fault. This CAPA corrective action will now stop manufacturing going forward and correct the problem before the loss of lots of product.

The bottom line is there are many perspectives on what constitutes a good CAPA system, but the reality is the quality and thoroughness of the investigations ultimately drive the effectiveness of the CAPA. When conducting the investigation, it is important not to jump to conclusions on what caused the non-conformance.

Each CAPA investigation should use root-cause analysis tools and should address why potential areas are either eliminated as the root cause or are a potential cause of the non-conformance. If you can conduct a complete investigation, you will ultimately have a robust CAPA system.

We understand the complexities of running a life science business and possess areas of expertise that include every facet of R&D, operations, regulatory affairs, quality, and manufacturing. We are used to working on the front lines and thriving in the scrutiny of FDA-and globally-regulated companies. As your partners, we can negotiate the potential minefield of regulatory compliance and private equity due diligence with insight, hindsight, and the clear advantage of our unique expertise and experience.

FDA Inspections: Hope is Not a Strategy...Read More